Having planned carefully doesn’t mean that everything runs smoothly. My host offered to pick me up at the airport, which was very convenient because I handn’t to worry about being betrayed by cab drivers who think that guests aren’t part of a fair game. The ride I could negotiate before agreeing to it. Comparing it with all officially offered services it was 50 % and more off the mentioned fares. The communication with the Polish host lady was in English and very professional. It was easy to chat with her through WhatsApp and she was right on-time: Waiting for me at the arrival gate. She drove me into town to her apartment where she explained to me the different keys and advised what to do while I am in Kraków.

The room I entered was very unusual: A kitchenette with a small table offered convenience for preparing something to drink or even to eat. On the other side of the room was a sleeping sofa, a tiny closet and beside the kitchenette was the door to the bathroom. It offered a shower, toilet and a sink. Nothing special but what I needed to feel comfortable. The sleeping area was above the kitchenette and the bathroom: A floor addition where a mattress with bedspread was waiting for me to crawl in. The open hight was around one meter so no standing at all. I was told, that such apartment dates back to the time of communism. Nowadays they are refurbished, renovated and offer inexpensive housing (app. 185 € for five nights) while in Kraków. I would go there again because it is a cozy place although the building still needs some inside renovation work to be done.

I went out for dinner to a restaurant on the opposite side of the river Weichsel: It’s name was ZaKładka (which means „bookmark“). A nice place where locals go but you will have to spend some money to be fed. In general dishes look like a bargain but when you add all up it easily reaches 50 € for a full dinner with drinks. Anyway, I am on vacation and I am worth it. I enjoyed my first night out in Kraków and the beauty of the pedestrian bridge (Kładka Ojca Bernatka) over the river. 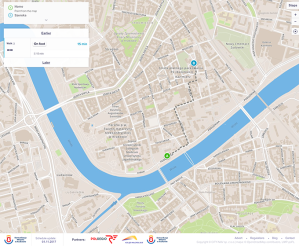 The next day, I was exploring the neighbourhood in Kazimierz and used my three day KrakówCard for traveling (costs between 15 and 30 EUR). This card I did ordered (voucher) prior to my visit through the internetand it offers free entrance to selected museums and other places. Very helpful was the tour planning system of Jakdojade where you can mark your current position and get directions to your target. It doesn’t matter by bike, bus, tram or even by foot. I used the system very often because then I didn’t use my Google navigation system on my mobile which saved battery power and payload, too.

In the evening I joined spontaneously a concert at the St. Peter and Paul’s Church where the Craców city orchestra performed. It were 60 minutes of pure enjoyment which I never will regret and forget for only 20 Euro. 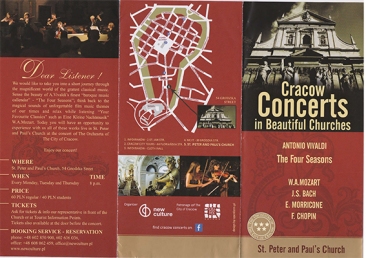 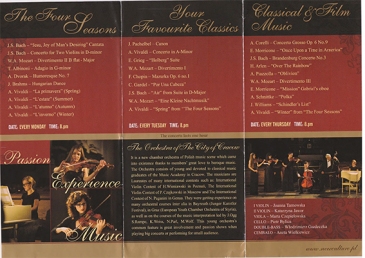